Last weekend I had the distinct pleasure of helping reunite a lost dog with his owner. I got a frantic phone call from one of my kids that her gate was opened and one of her dogs was missing. I live 30 miles away so there wasn’t a lot I could do, but I could report him missing. He was microchipped! However, she had never registered his microchip number to her name. As she was on the streets looking, I got the number from her (it was thankfully in her files) and registered him under my name. Within 30 seconds of having done so and reporting him lost, I received a phone call that the county had picked him up. A local officer had happened upon a man trying to lure him into his van and when the officer commented on his lack of registration for the dog, he admitted it wasn’t his and he’d just “found him”.

Microchip your dog: Key to recovery

When you microchip your dog, it is KEY to recovering your dog if it’s lost or even sometimes when it’s stolen. It is NOT a GPS tracker. It will not locate your dog on it’s own. It is merely a rice size chip with a number that can be scanned by any chip scanner and then run through a database to get information to you about your dog. It won’t even release your information unless you request it to when your dog is missing. I have run tests on these and there is NO security risk for you. When I reported Garrus missing I had to click the box that they could receive my phone number. If I hadn’t clicked that box, the company’s automated line would have called me to report that he’d been found and given me the finder’s number. 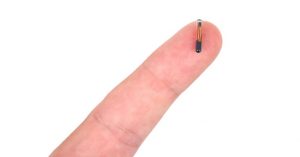 If you would like to microchip your dog (and live locally), I can do it for you for $10. And if they are chipped, REGISTER them!!!!! It’s hard enough losing a pet but even more heart breaking when they would come home to you if they could.